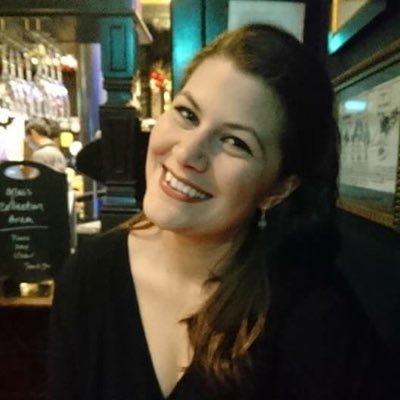 I spent three years at the University of Manchester studying drama, followed by an internship and then I worked full-time in broadcast journalism in radio. I then worked freelance at BBC Radio Bristol, worked on Shaun the Sheep the Movie as a puppet coordinator, and travelled around Australia. Following this I returned to radio – Manx Radio, BBC Gloucestershire, BBC Berkshire and The Telegraph video desk. I’m now back at Manx Radio, as the main presenter of the flagship morning current affairs programme, Mandate.

Despite my career in journalism, not music, Chetham’s set me up for life – almost all the exciting opportunities that have come my way since can be attributed to it. Chetham’s not only teaches you discipline and passion (the two biggest emotions I associate with Chets), but it gives you a unique environment, where you have something in common with EVERYONE around you. And in that moment it’s probably the most important part of your life.

What’s your favourite memory of Chetham’s?

So many memories to chose from. Dressing up as Suffragettes on the last day of school and marching through the yard with our various instruments – waking up the boys with trumpets and drums! Creating a video for our group assembly, all about the importance of friendship – a film I still have and hold dear. Discovering an empty Baronial Hall and sneaking a tinkle on the gorgeous Steinway. Movie nights in girls’ house, and toast – so much toast! Watching the Chets Big Band perform in the Hard Rock Cafe. Performing Hadyn’s Creation in the church of Windsor Castle. Making my best friends, growing up, and feeling like you’re making history and being in the presence of so much musical genius!

It really was a catalyst for a number of exciting opportunities that I’ve been lucky enough to have experienced. It helped me to grow as a person, grow in confidence and independence. It holds a very special place in my heart and all the incredible friends I made there continue to inspire me, in more ways than music, now. I don’t think there’s another place like it and truly believe it made me a better person. I’m very grateful to have had the experience.