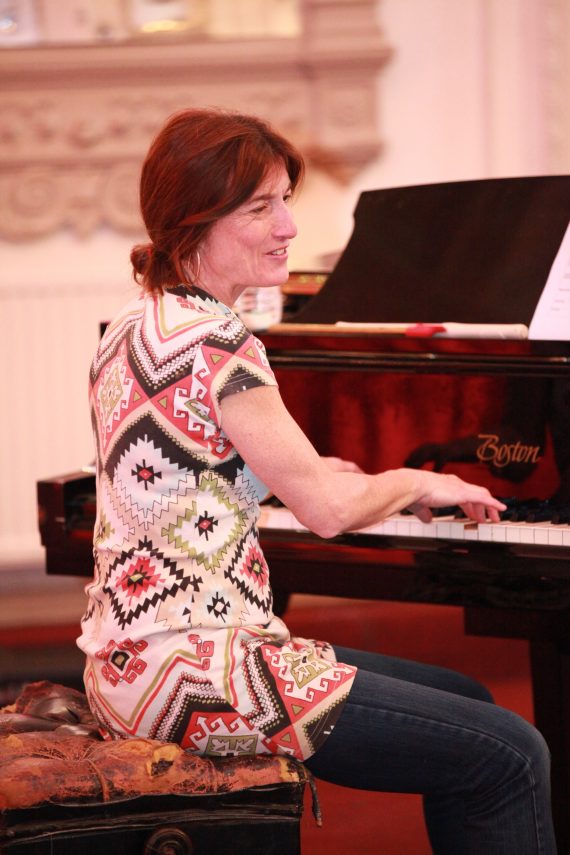 In 2000 my husband and I purchased an Edwardian dance hall and transformed it initially into my school, then a performance space/concert hall. We host national/ international artists performances and events, comedy, training and other events. We have three boys (one of whom has just graduated from Leeds College of Music), three dogs, and an array of wildlife, and live in deepest Devon.

Best thing about your time at Chetham’s?

Chatting under the cherry trees when we should have been studying for A levels.

Finding the underground tunnels (underneath the chapel and exploring Manchester underground)

Escaping out of Chets (Pal house) via rooftop and going off to buy chips and curry sauce.

Inventing the Moon Worshipping group across the quad with blankets with the “um maddy paddy um” chant.

Looking after the Junior A hamster, deciding it needed a friend and watching in horror as they proceeded to attack each other.

Playing Dares (in pal house) by putting grease all over the house matron’s door handle.

Writing 1,000 lines in the laundry room cupboard with a friend.

My greatest comrades were those who were the trusted group sleeping in the Baronial hall – Teddy, Features, Bumley, Ali, MJ and Pip.

Walking in the moors and sleeping on a ladder.

Watching the Irwell change colour every week from my bedroom window

There were so many unforgettable performances.