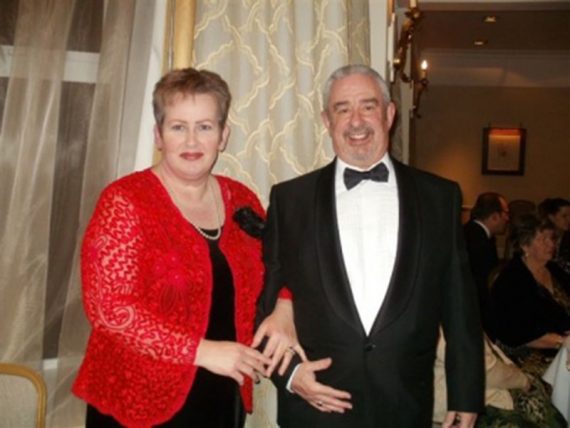 Where are you now?

I am now retired and living in Farnborough, Hampshire – home of the International Air Show and Farnborough Abby, last resting place of Napoleon the 3rd and the Prince Imperial. Built by the Empress Eugenia, to house the Imperial Mausoleum. We have lived here since 1984. Farnborough is a very handy place to be – good transport links to both Heathrow and Gatwick and some 40 minutes from London.

Tell us about your career since leaving Chets.

On leaving Chets in 1962 I attended a crammer where I managed to pass my O level English Language – all credit here to Mr Mortimer our English Language Master at Chets. I bumped into him one Saturday afternoon in Albert Square and thanked him for his Grammar Notes that he had drilled into us back in the third year. When my fathers’ job took him south I attended Maidstone Technical College taking a Commercial Course, achieving Royal Society of Arts qualification in Commerce.

Not having the faintest idea as what to do for a career I joined the Army. Taking the selection tests I was offered a place in the Royal Army Pay Corps – ‘you will be a Corporal in 12 months’, was the Recruiting Sergeants’ sales pitch, so I duly took the Queen’s shilling and served for three years.

In 1968 we were posted to Berlin which was a real eye opener. Not least at the size and beauty of the city, but the fact that we were behind the Iron Curtain in those days. Anyone who was around at the time the Wall went up can remember news reel shots of people attempting to escape the East and the awful consequences for those who did not make it. Not only the Wall but many miles of Border had to be patrolled and guarded against incursion. Not a week went by without the radio reporting an escape attempt, mainly unsuccessful; I think the successful ones were kept quiet for obvious reasons. All this made for a powerful lesson to bring home the fact that the freedoms we had at home must not be taken for granted. Another lesson I learned in the Army was financial responsibility, brought home when the NAAFI Manager would come up and see the Paymaster and say something like Mrs. Blogs has missed her payments can you reclaim them. Soldier Blogs had the shortfall deducted from his wages. A hard lesson all round.

I left when I got married, mainly as I didn’t want to repeat my experience of an unsettled life.

After leaving I was able to take a Government Training Course and became a Capstan Lathe setter/operator. This provided a reasonable living for us for some 15 years. However the recession in the early 80’s saw me moving on again.

This time I was working as a Porter at Frimley Park Hospital in Surrey when I spotted an ad for Broadmoor Special Hospital who was recruiting Student Nurses. I applied, took the General Nursing Council Exam and started my RMN training. After three very enjoyable years I passed the State Final Exams and qualified as a Registered Mental Nurse. Here again thanks to Mr Mortimer – on starting an allocation on a ward, one of the Staff Nurses told me the best way to pass your exams is to practise essays from past papers. So I did, my Nurse Tutor was an Exam Marker and was happy to mark my papers. My English skills learned 20 odd years previously helped enormously.

After seven years at Broadmoor I transferred to the Prison Service. Here at Wormwood Scrubs in West London I met up with Gareth Davies who had been in the year above me at Chets. He was the Deputy Governor and had come on to the Unit I was working on. He introduced himself to the Officer in charge and I thought, I went to school with a lad called Gareth Davies. Some weeks later one of the Doctors mentioned that Gareth Davies had won a Musical Scholarship, well well I thought and made a phone call. It was indeed the same chap. He remembered my old nickname – Hank the Yank and would call me that for the rest of my time in the Service whenever we spoke.

I served in London, Winchester and Surrey all within commuting distance from home, and retired in 2006.

What was Chets like when you were here? What is your fondest memory?
My brother Robert and I started at Chets in September 1960 after the family had moved from the United States. Robert who was 8 years old started in Miss Edge’s class in the Junior School and I who was 14 started in the Third year of the Senior School. We had visited during the summer to be assessed and get the tour around the school.

The whole business was quite a culture shock for us. Firstly for my part schooling was taken much more seriously than I had been used to. Maybe it was just me but it took a while to settle in. Robert being younger took up the trumpet and played and practiced. I was not musical at all and joined the ranks of those who did not participate in either the Orchestra or Choirs. Mr Littlewood likened my singing voice to a Foghorn and I was advised to mime in future. It was all said nicely and is something to laugh about I think.

My nickname was Hank the Yank, which was quite nice as nicknames go. Having been to three different schools in three different countries over the previous three years I was no scholar, and found keeping up difficult, but the atmosphere and the staff was encouraging.

Robert and I were Day Boys and travelled in from home in Romily by train and a bus from London Rd. Station as it was then known. This was great for us we were out and about in an exciting city coming and going on our own. The mobility we enjoyed was far and above that which we had known in rural Rhode Island which was quite backward compared with the UK in many ways. One of the most impressive things was the NHS nothing like that where we had come from – nor is there yet.

Chets was welcoming, which is more than can be said for some of the institutions I attended. The music was paramount and incredibly well done to my most unmusical mind. The Concerts at the Free Trade Hall were amazing.

One of my fondest memories was being in the Guard of Honour for the Assize Court Judges at the Cathedral Service to mark the Assizes – the predecessors of Crown Courts. Another was gaining my Bronze Medallion in Life Saving. The first thing I had ever achieved. The Life Saving Program was in the hands of Mr Arthur George who would get students to train for their Instructors Certificate whilst training others to achieve their Bronze Medallion. It was very successful.

What are your memories of the staff?

The Governor was Harry Vickers – he was a man who radiated energy, he didn’t walk he strode about and missed nothing. You could say he had his finger well and truly on the pulse of the school and student body.

Matron Mrs. Vickers took us for Geography. I can still remember a mnemonic she taught us to remember the ranges of hills that made up the Southern Uplands of Scotland – Royal Corps of Signals – Renfrew, Campsie, Ochil and Sidlaw. Not bad for over 50yrs.

Mr Arthur George taught Maths and swimming and was I believe the Number 2 man after the Governor.

Mr. Mortimer taught us English. One of his ideas in the third year was to encourage us to read a quality Sunday paper – The Sunday Times, Telegraph or Observer and to identify a headline that caught our attention and discuss it on the Monday following.

Mr Littlewood taught art and music. That is perhaps understating the input he had on many boys.

Mr. Williams was the history master and I found his way of putting across the French Revolution and post Vienna Congress Europe quite fascinating. He was able to give us young men an overview of present day society and explain the issues of the day in an interesting and informative way. He certainly built on my interest in history.

These are the masters who had most impact on my adolescent mind. The fact that I remember them with affection shows their skill as teachers in dealing with a young man who was full of teenage nonsense.

Have you been back to Chets since leaving?

I returned once for a quick visit once when I was on leave from the Army. Just said hello to the Governor and a few boys.