The thriving creative community at Chetham’s involves over 300 students aged 8-18, whose common passion is music. Entry to the School is based solely on musical ability or potential, never on background or ability to pay, thanks to generous bursaries through the Government’s Music and Dance Scheme. This common bond of musical passion makes for a truly inspirational place which transforms the lives of all who are part of it.

This magic is the result of many different qualities that permeate the fabric of Chetham’s: the warm and welcoming atmosphere, the daily creative buzz, admirable academic standards, Chetham’s history and heritage, our superb teaching and performance spaces, the city of Manchester as a cosmopolitan location, our many different backgrounds and personalities – and of course, the music.

Chetham’s is the largest specialist Music School in the UK and is the only one based in the north of England. The School is also a national and international resource for music education – welcoming teachers, professional players, composers and conductors, community groups, school children and other young musicians, both experienced and novices, to come together and make music. Our network of partnerships with professional orchestras and organisations extends across the music industry, and our alumni populate orchestras and ensembles across the world.

Based in the heart of Manchester, Chetham’s is housed in a state-of-the-art New School Building, with an acoustically designed concert hall offering a flawless venue for student performances and professional concerts. The Stoller Hall’s dynamic music programme connects Chetham’s students with the professional musical community, building on the School’s already strong position within Manchester’s cultural sector; students regularly perform alongside leading orchestras including Manchester Camerata and Northern Chamber Orchestra, and with contemporary music and comedy artists.

Chetham’s long history began in 1421, and students still enjoy opportunities to perform in the 600-year old Baronial Hall attached to Chetham’s Library. It opened as a charitable school in 1653, and educated the poor boys of the district for 400 years before becoming a co-educational music school in 1969. For half a century, Chetham’s students and alumni have enjoyed success at major competitions, taken up positions across the music profession as performers, leaders and teachers, and established the School as a vital element of music education in the UK. 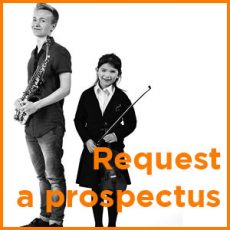