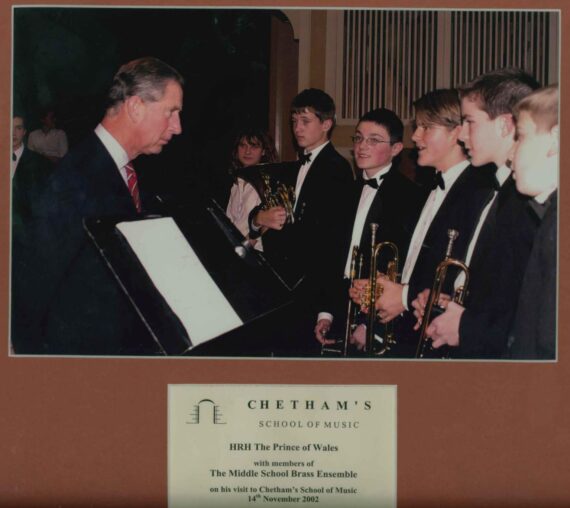 On 14 November 2002, HM King Charles III (then HRH Prince Charles) visited Chetham’s as part of its 350th Anniversary celebrations of its incorporation as a school in 1653.

During his visit, the then Prince was met by students in the Whiteley Hall, who proceeded to sing Happy Birthday to the Royal visitor. Unbeknownst to Chetham’s staff, the 6 Barbershop singers, dressed up with straw boaters, had changed the lyrics to fit in his full name – Charles Philip Arthur George!

Stephen Threlfall, Director of Music (1995 – 2019) commented at the time: “I know they’ve been practising for a while but we had no idea that they had changed the words. Happily, it went down very well and the Prince seemed to find it very amusing that they managed to get all his names when singing happy birthday.”