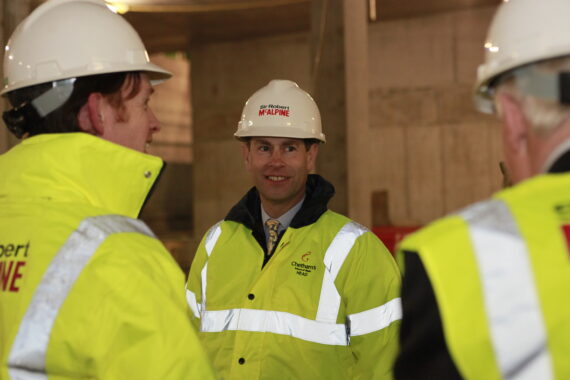 In November 2010, Prince Edward visited Chetham’s to see the building site of the New School Building.

Upon his arrival, HRH was escorted to the Baronial Hall, where the corridor was lined with Chetham’s students and staff. He was greeted by Headteacher Claire Moreland and spoke with some students as he entered the Hall for a presentation from architects from Sir Robert McAlpine regarding the building project.

Before long, the Prince donned his hardhat, wellington boots, and fluorescent jacket to take a tour of the building site, led by the architects.

Just under two years later, Prince Edward would return to open the fantastic new facilities of Chetham’s School of Music, later to become the site of The Stoller Hall. 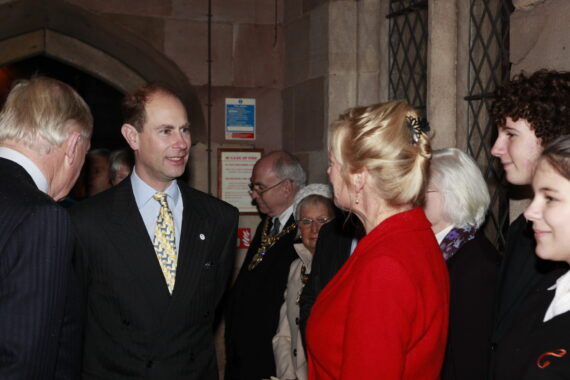