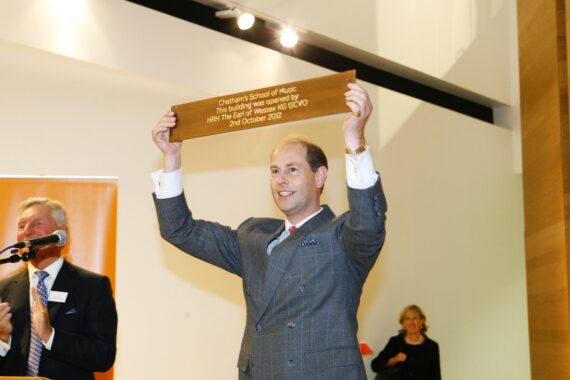 On 2 October 2012, Prince Edward visited Chetham’s to open the New School Building. Completed in 2012, the building had only been in full use for a month at the time of this visit.

Prince Edward was greeted by members of key staff upon his arrival, including Headteacher Claire Moreland (1999 – 2016), Director of Music Stephen Threlfall (1995 – 2019), and Bursar Sarah Newman, as well as the Head Boy and Head Girl of the school, Oliver Roberts and Hayley Parkes.

HRH The Earl of Wessex took some time to look around the school site, making appearances in some classrooms and music lessons. He observed 6th Form science lessons, Junior Class teaching, and even met recent winner of BBC Young Musician of the Year, Peter Moore, in a trombone lesson. He then was shown to the empty space where The Stoller Hall would soon be built, a venue to which he would return to open just 5 years later.

At the end of the school day, students and staff piled into the Oglesby Atrium for the official opening ceremony. Following speeches from members of Chetham’s staff, HRH Prince Edward took the stage with a speech of his own, culminating in the unveiling of a plaque which marked the official opening of the New School Building. 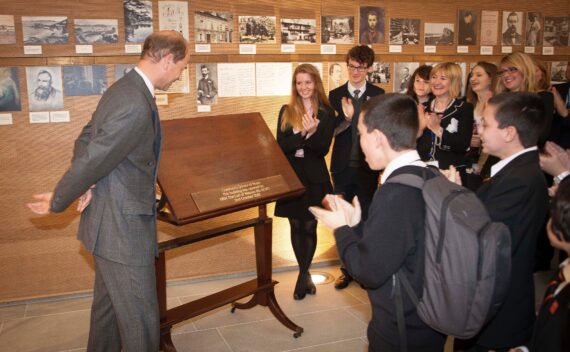