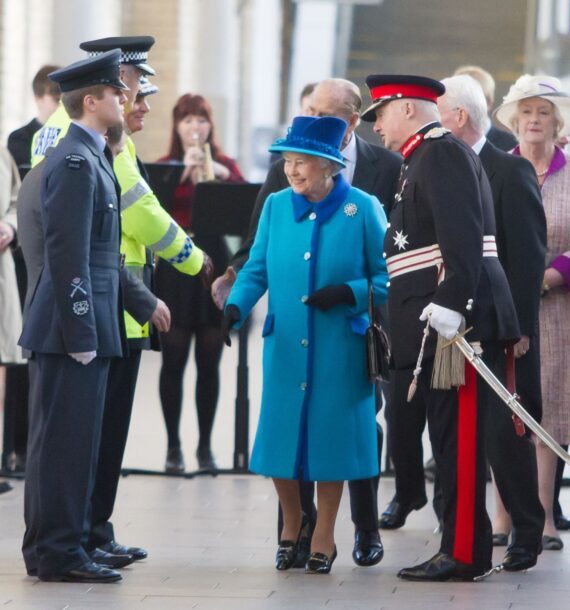 On 14 November 2013, HM Queen Elizabeth II and the Duke of Edinburgh visited Manchester once again to take a tour of the Co-op’s new eco-friendly headquarters before visiting The Factory Youth Zone in Harpurhey.

Their day in Manchester began with their arrival on the Royal Train into Manchester Piccadilly station, where large crowds waited on the concourse ready to greet her. As The Queen stepped out of the train carriage, the sound of Chetham’s trumpeters filled the air with music to herald her arrival. This music continued as she walked down the platform towards the groups of well-wishers awaiting her.