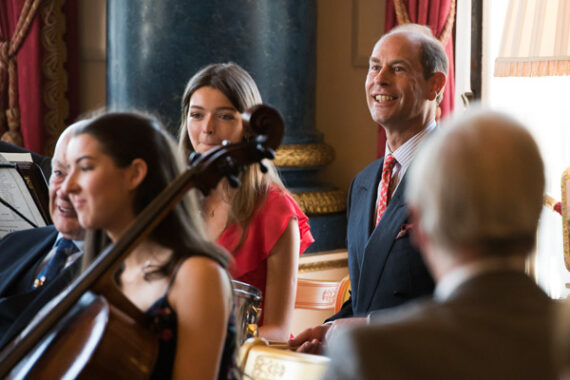 In 2018, ten Chetham’s students were invited to Buckingham Palace for a special performance and lunch hosted by HRH Prince Edward, Earl of Wessex, to help launch Chetham’s Fiftieth Anniversary year.

Students were part of an ‘Inside the Orchestra’ performance which allowed for Prince Edward and other guests to sit alongside the musicians and experience the rehearsal process of Britten’s Soirées Musicales, conducted by Chetham’s Director of Music Stephen Threlfall (1995 – 2019). Prince Edward even got involved in the music-making himself, ably taking on the side drum

Following the performance, students joined our guests and the Prince for lunch, where students spoke about their studies and ambitions in the beautiful lunch space.

This exclusive visit to Buckingham palace demonstrated the strength of Chetham’s ties with the Royal Family and the personal advocacy for the arts felt by HRH Prince Edward and The Royal Family. 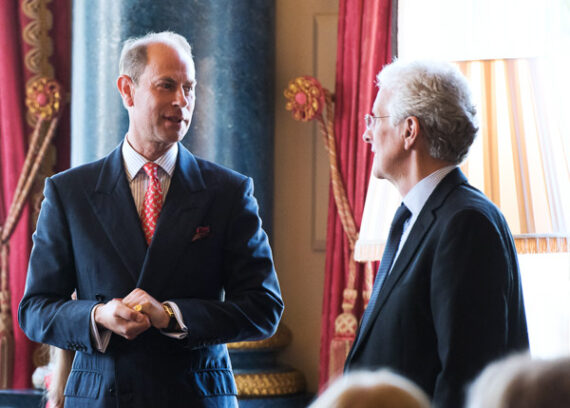