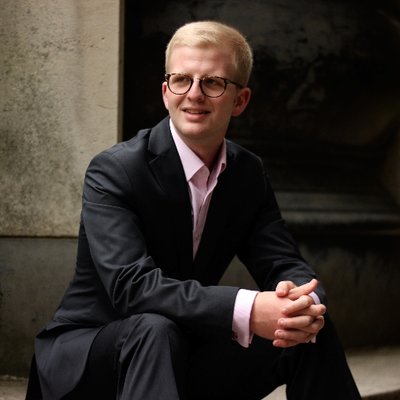 Since leaving Chetham’s, Toby has graduated from Clare College Cambridge (BA 2015-18, and MPhil 2018-19), during which time he held a Choral Scholarship with the world-renowned college choir and conducted extensively for Cambridge University Music Society (CUMS), including on a tour of southern Poland in 2019. He then moved on to the Guildhall School of Music, training as a répétieur in the Opera School (2019-21), and in 2021 moved to Glasgow to take up the position of Emerging Artist Répétiteur & Conductor with Scottish Opera. From June 2022, he will join the Music Staff at Scottish Opera full time, working with an esteemed list of directors, conductors and singers.

The chance to be part of a group of people who were so diverse in background, but so united by their love of music. There is no other school that offers the atmosphere and learning environment of Chetham’s. On a more specific note, the Commonwealth Resounds’ trip to Sri Lanka in 2013 would have to be a particular highlight.

What’s your favourite memory of Chetham’s?

I will never forget Physics lessons with Julian (Mr…!) Blundell! I miss him dearly. And of course my entire A2 ‘study leave’ period was spent watching the Snooker World Championships in the Boys’ House Common Room, and we’d pretend to be on our laptops / reading every time a member of house staff walked in…

Oh, and all those 2am fire alarms…

More information about Toby and his career