A Hitchhiker’s Guide to Chetham’s 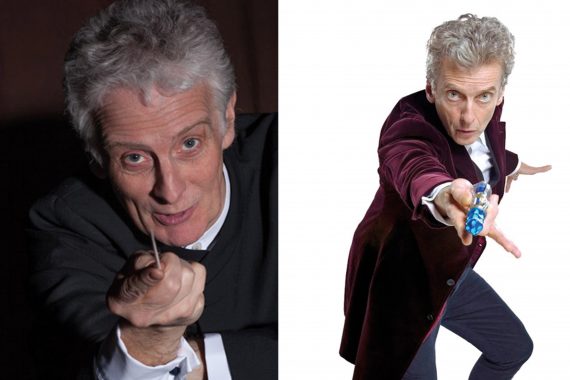 In recent weeks, students from Year 9 have been reading Douglas Adams’ A Hitchhiker’s Guide to the Galaxy, and creating their own ‘Guides to Chetham’s’ written in a similar style. Fourteen year old Sophie rose to the challenge set by English teacher Mr Runswick Cole with particular aplomb – take a trip to Planet Chetham’s with her below.

“Right in the centre of an insignificant planet, in an insignificant country, in an insignificant city, there is an average sized building in which less-than-average-sized-humans make loud noises for a few years and then leave. It is known on earth as ‘Chetham’s School of Music.’ One can go visit this place, however it is not advisable as being in close proximity to its inhabitants for more than an hour can cause chronic diseases such as a ‘longing for something other than what is known as ‘classical music’’ and ‘oh my gosh why can’t the violas just play in tune-itis’.

Some of the inhabitants of this school choose to leave their families and ‘board’ (board- a wooden plank usually used as flooring.) When an inhabitant ‘boards’ or becomes a ‘boarder’ (boarder- like a hoarder but with a b) they are no longer allowed to do as they please and in effect become prisoners. The guards (known as ‘house staff’) prevent the inhabitants from leaving at inappropriate times and subject them to strange rituals such as the ‘wake up call’ (this is when one particular ‘house staff member’ will punch an entrance/exit slab (known on earth as a ‘door’) three times whilst screaming ‘good morning’ in as bland a tone as possible in as much the same style as a foghorn.) Nobody really knows the exact translation of these words but interstellar translators believe that it is something like ‘Run away small humans before a large bulldozer decides to run over you.’

The inhabitants of the school are also subject to the most cruel torture currently allowed in the galaxy. On Earth this is known as ‘School dinners’. (This type of torture is much like the experience of having your left eye prodded with a fork covered in tabasco sauce.) The leader of these less-than-average-height-humans is a strange being, known for his oddly large collection of plaid shirts. Some say that he comes from a far off land, known as ‘chchchcgcghgahahagghaaogochedygoch’ locally known as ‘Wales.’ This gives him a curious tendency to speak with as much phlegm in the back of his throat as is humanly possible without drowning. He lives life on the culinary edge by foregoing boring old ‘cheese-on-toast’ in favour of the exotic delights of ‘Welsh Rarebit’ (when running out of Rarebit, he finds that ‘cheese-on-toast’ makes a perfectly acceptable substitute.) Besides this he also has a rather unhealthy fixation for close harmony singing. Despite all this, he is a rather reliable being, who always knows where his towel is.

Also working at the school is a mysterious Time Lord from the planet Gallifrey, currently in disguise as a ‘musical director.’ He thinks that nobody has noticed yet, but the waving of his sonic screwdriver to keep the noise makers playing has given himself away. Other than this strange leader and undercover Time Lord there are a number of older-more-average-height-humans known as ‘teachers.’ These beings possess large amounts of information in a particular subject and are able to remember lots of facts in the same way that a spoon cannot. Another little known fact about the school is that it is actually a cover up for a huge strepsil smuggling operation in the schools ‘medical centre’ (medical centre – the middle of me two cals.)

If you do decide to visit the school then please be careful not to be kidnapped by the nargles and whobits. And of course, don’t forget your towel.”

Great work, Sophie – and we don’t think we’ll ever look at Mr Jones or Mr Threlfall in the same way again…