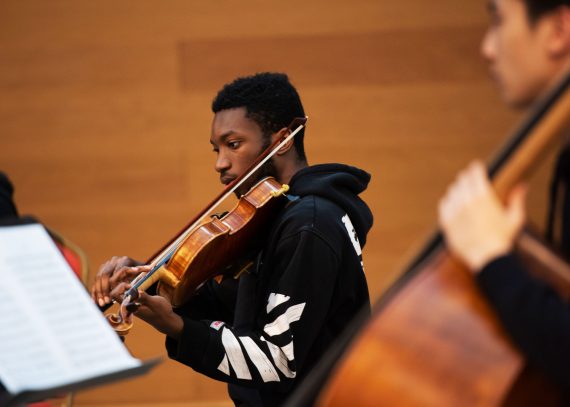 A bit of social distancing isn’t enough to stop the music at Chetham’s!

A concert featuring performances from our autumn-winter term has been released on the Chetham’s YouTube channel, to celebrate the end of a truly unique term.

Featuring remarkable pieces from socially distanced musicians, ensembles and chamber groups across the school – specially recorded during one week of concerts in October’s Music Course – the concert is now being broadcast for the first time.