From Wordsworth to Mini Sagas – the Latest from the English Department 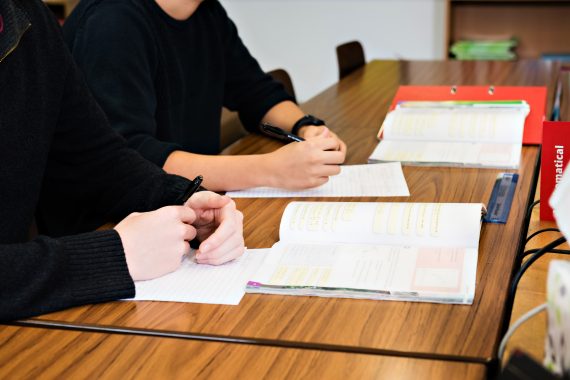 Chetham’s Year 7 English class have recently been studying Romantic poetry and poetry inspired by nature. Wordsworth’s Composed upon Westminster Bridge describes the beauty of sunrise over London and students have been coming up with their own creations in response. Here is 11 year old Zosia’s wonderful poem about sunrise across Manchester:

January mornings and the sun wakes up with me
Stepping outside, my footsteps fall in line with the commuters.
We all beat time to the thrum of the cars, the song of the birds,
and the clatter of the Waitrose van;
The light drawing is into another day.
Blackened, giant buildings are silhouetted against a rich, vivid sky.
The sunrise is like a search-light,
Picking its way through the dark moods of the city.
The light softens the stance of the stark concrete buildings,
giving the murky canal water a sheen
that masks the city’s cast away secrets.
As the sun rises and warms the morning,
last night’s troubles seem to evaporate,
the colours giving the city a chance to renew.
Sunrise uses a fine brush to stroke the sky bright with colour.
The colours seep into the very fabric of the buildings,
framing a photo that shows them at their very best.
Even the neon signs of Crazy Pedro’s are muted by the intensity,
and cannot compete with the brilliant glow of the sun.
Feeling the weight of need and want,
now that the sun has penetrated the city’s armour.
Vulnerable as the light reveals the lost and the broken;
still huddled in a doorway called ‘home’.

In other English news, last term, students in Years 7 and 9 entered the Young Writers’ Stranger Sagas Competition – where they were challenged to write a ‘mini-saga’ in just 100 words!

We are delighted to announce that, out of over 20,000 entries nationally, 17 of our students have been chosen to have their short stories included in a published anthology. Congratulations to those students and everyone who took part!