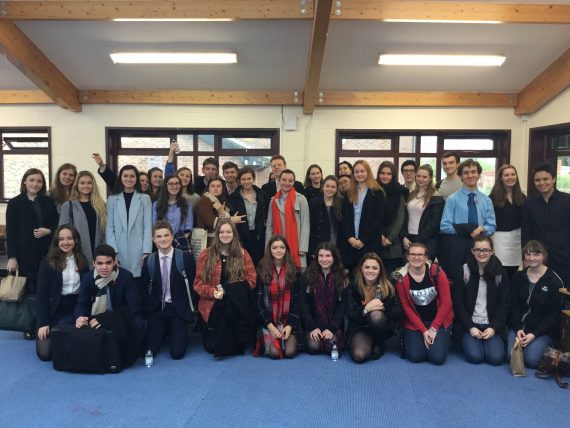 On Wednesday 16 November, 40 Sixth form students from Chetham’s were lucky enough to attend the TEDxyouth@Manchester at Fallibroome Academy

In the spirit of ideas worth spreading, the TEDx conference presented a programme of short talks given by both outside speakers and students from local secondary schools. This year’s theme was Identity, which the speakers tackled in a variety of thought provoking, inspiring and even funny ways.

Amongst these speakers were extreme athlete, Ben Smith, who talked of how his running had helped him find his identity; geneticist and presenter Ben Garrod who has worked on a variety of fascinating wildlife projects; evolutionary biologist, Kat Arney, who explained genes, memes and wobbles; Nicola Osborne, who provoked much thought on the importance of being aware of our digital footprint and a singer-songwriter, VV Brown. And, of course, the highlight for us: Chetham’s own Tammas Slater and Ignacio Mañá Mesas.

Tammas and Ignacio’s talks on the importance to their identity of being a composer certainly went down well with the audience. We were treated to a view of a couple of Ignacio’s short films and Tammas bravely demonstrated the composition process from the grand piano.

Other highlights included group participation in a chimpanzee call, a selection of videos including specially filmed conversations with local primary school children and their unusual career aspirations and the personal talks from Sixth Form students on their LGBT+ identity.

Everyone had an informative morning and thanks must go to Fallibroome Academy for such a well organised, enjoyable and stimulating event. We are already looking forward to next year’s conference!

The full TEDx talk can be viewed in full here. Tammas and Ignacio feature around the hour mark.