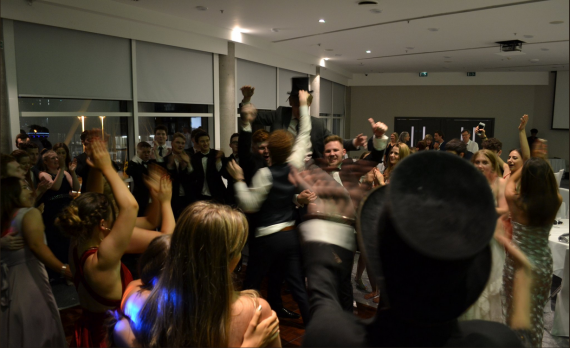 As students across the country collect A-level and GCSE results, Chetham’s are celebrating an outstanding year of academic and musical success.

With a 100% pass rate and nearly 80% of A level grades at A*-B, Chetham’s students move on to the best conservatoires and universities in the world with confidence. 55% of the students’ grades were at A*-A – the best score since 2011!

Principal Alun Jones said he was delighted for his students and his staff.

“For students to add such impressive academic results to their already well-developed, high level musical skills is such an outstanding achievement.  Such attainment provides the most perfect conclusion to life at Chetham’s for these super young people – we wish them every possible success and happiness.”

Chetham’s students joined the national cohort taking some of the new ‘reformed’ GCSEs this year and have enjoyed over half of their results at Grade 9-7 or A*-A, including Music, which was taken a year or two early.

Principal Alun Jones said he was

“Pleased for his students and colleagues at a time when we have seen such change and the inevitable impact of the significant reduction, or cutting altogether, of coursework. In French & German, for example, in which we have seen coursework cut from 60% to zero, students achieved 56% of their grades at 9-7 in French and 89% of their grades at 9-7 in German. This is particularly pleasing at a time when we read of a decline nationally in those choosing to study such languages at A Level”.

Whilst the students achieved 93.5% of their grades at 9-4 or A*-C, there have also been some outstanding individual performances. Particular congratulations to pianist Geordie Campbell who enjoyed all his subjects at Grade 9 or A* and an A in Additional Mathematics!

Following conservatoire auditions during the autumn, the majority of Chetham’s students will continue directly to leading music colleges including the Royal Academy of Music, Royal College of Music, Royal Northern College of Music and Royal Conservatoire of Scotland as well as top colleges abroad. Among these students, many have received scholarships and bursaries recognising their musical ability, and a number have been invited to progress directly to the second year of conservatoire teaching – testament both to their own commitment, and to the quality of musical preparation which they enjoy at Chetham’s. In many cases they enter conservatoire with superb A-level results as well as musical talent – pianist Dominika Mak joins the Royal Birmingham Conservatoire with three A*s and an A, whilst seven of her peers – Rachel Fairhurst, Olivia Gandee, Harry Harrison, Esme Lewis, Anna Maran and Henry Rubiano Poveda – also collected two or more A*s among their grades.

For a smaller number, superb individual A-level results open doors to academic careers. Leavers with academic destinations in mind include Michael Arnold, a pianist from Leicester, who’ll read Engineering at Trinity Hall, Cambridge, with four A*s and an A; and LucyAnne Fletcher, a horn player and singer from Altrincham, who’ll join Merton College, Oxford, to read English and History. Joining her at Oxford is Ben Collyer, from Stockport, who’ll take up an Organ Scholarship at Christ Church College. Ben – who received School prizes for both Keyboard and Academic Music, and who achieved his ARCO Diploma alongside fellow organists George Herbert and Tammas Slater in 2018 – epitomises Chetham’s unique offering of both musical and academic excellence.

Occasionally, visitors to Chetham’s express surprise when they encounter the classrooms and laboratories that fill its top two floors. With musical talent in abundance, what need, they wonder, have these young people of academic success? That answer can be given with a brief look at Chetham’s alumni, whose ability to combine musical excellence with skills in leadership, communications and financial management have seen them thrive across the musical world and beyond.

In today’s environment, with most musicians spending at least part of their careers in self employment, emerging performers must learn to manage and market themselves to stand out in a crowded sector. Academic learning gives musicians both the practical skills to succeed as both performers and influencers, and a deeper understanding of the world in which they play, helping them to interpret and explore society through their art.

Stephen Hough, frequently described as a Renaissance man and polymath, has built a rich career as a composer, painter and writer as well as one of the world’s leading classical pianist. He blogs for The Telegraph, published his first novel, The Final Retreat, in 2018, and received a MacArthur Fellowship or ‘Genius Grant’ in 2001 for his music.

Sam Shepherd, aka Floating Points, gained a PhD in neuroscience and epigenetics after leaving Chetham’s, where he was a chorister and pianist. Rumoured to have DJ’d in New York nightclubs from his school bedroom, he’s since built a hugely successful career in electronic music out of his classical and Jazz roots, and a recent project saw him performing live electronics alongside an 11-piece orchestra.

Prishita Maheshwari-Aplin was the youngest ever shortlisted candidate for a Wellcome Trust Science Writing Prize whilst still at Chetham’s, aged 16. Now 21, she graduated in Biological Anthropology from Cambridge where she also played first violin in the University Chamber Orchestra. Prishita was named a Female Groundbreaker by The Independent for her work as director of NGO, the Cambridge Development Initiative, which works with partners in Tanzania to tackle key development issues through innovative, community-driven projects.

Roger Wright was among the first music students at Chetham’s, where he played the cello. After graduating in music from Royal Holloway, he went on to become Head of Classical Music at the BBC, and later Controller of Radio 3 and Director of the BBC Proms. Today, he’s Chief Executive of Aldeburgh Music and received a CBE in 2015.

Thangam Debbonnaire was elected MP for Bristol West in 2015. After Chetham’s she studied mathematics at Oxford alongside the cello at the Royal College of Music, and performed professionally with ensembles including the Royal Liverpool Philharmonic before becoming an active campaigner against domestic violence and eventually entering Parliament. In her first interview after election she expressed enthusiasm for establishing a Westminster String Quartet, and credited classical music with helping in her recovery from breast cancer in 2016.