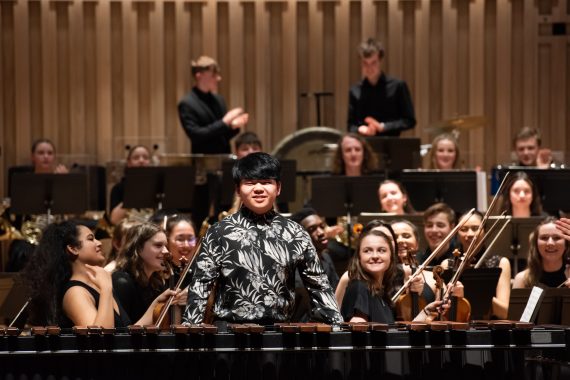 The competition is the UK’s leading contest for young classical musicians, celebrating the most promising young performers.

It has launched the careers of international stars such as Nicola Benedetti, Mark Simpson and Sheku Kanneh-Mason.

Fang came from China to the UK to enroll at Chetham’s School of Music in 2018, to study a full range of percussion, including snare drum, marimba, timpani and vibraphone.

His studies at Chetham’s have been supported by The Andrew Lloyd Webber Foundation Bursary. Bursaries support more than 90% of Chetham’s students, ensuring entry to the school is based on musical potential, not financial background.

In February 2020, just one month before his BBC Young Musician category final, Fang played Keiko Abe’s Prism Rhapsody on the marimba with Chetham’s Symphony Orchestra, in front of a packed audience in The Stoller Hall. He played the same piece again during the BBC Young Musician Grand Final. Watch his stunning performance here:

As a result of the pandemic, Fang has recently returned to his family in China where he will continue to study marimba, and is looking forward to performing in front of live concerts audiences once again!