The incredible story of Stravinsky’s The Rite of Spring 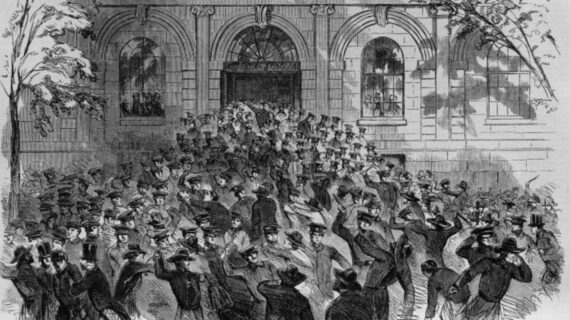 This July Chetham’s Symphony Orchestra will perform at The Bridgewater Hall, in a concert featuring one of the most influential musical works of the 20th Century… Stravinsky’s The Rite of Spring.

Igor Stravinsky was revolutionary composer. He pushed the boundaries of musical design.

His first piece for ballet, The Firebird, was an overnight sensation. But his third ballet, The Rite of Spring, caused perhaps the most notorious scandal in the history of music. Musically, the score contradicted every rule.

The work was so unusual it caused a riot at it’s premiere in May 1913. Wealthy traditional music lovers clashed with radical audiences excited for change. They attacked each other and the orchestra. “Everything available was tossed in our direction, but we continued to play,” said the conductor. 40 people were arrested.

A year later, the score was performed in Paris as a concert piece. Stravinsky was carried on the shoulders of his fans in triumph.

Today, Stravinsky is remembered as one of the most important composers of the 20th century.

On Friday 8 July, Chetham’s Symphony Orchestra perform The Rite of Spring at The Bridgewater Hall.